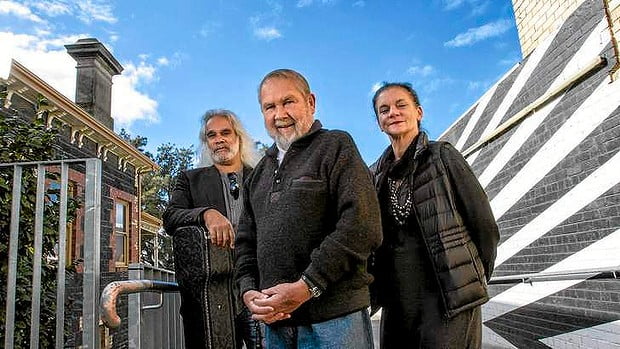 Melbourne and the West owes so much to Paddy. He believed in the power of art and community to change people’s lives – and in sharing that message – he changed the lives of people around him.

Paddy was born in Seaham Harbour, near Newcastle, England, to an Irish father and English mother, before migrating to Melbourne in 1951, when he was 14. He worked as a motor mechanic,  a painter and docker, a merchant seaman on coastal cargo ships, as an Arts Officer, union organiser and activist. His achievements are legendary – a long serving director of Footscray Community Arts, driving the revival of Trades Hall, fostering creativity at Williamstown Dockyards as an arts officer – seeing morale soar when blue-collar and white-collar workers contributed their painting, sculpting, music and writing to an onsite exhibition.

You will not be forgotten.

‘How I got involved [in this place began in] 1973, it was raining, I was in the pub with George [Seelaf], Max Odgen and Wally Curran (who was also a very big influence on me in relation to art and working life, who supported me in things that I did) and George said, the Unions are on the wrong track, they only think about wages and conditions, but they don’t give a damn about the quality of life and the culture of the working class people. It is not only having arts and culture inside the factory gates, but also, outside, for workers and their families. And this came back later on, into what he was about. He was about art and working life, but art and working life was really about community arts.”

– Paddy on the establishment ofFootscray Community Arts in 2013.

You can read more about his contribution to the arts and community here:
The Age: The Artful Socialist
Sydney Morning Herald: Footscray Arts Centre celebrates 40 years of bringing culture to West