CONNECT is an exhibition in two parts curated by Tamsen Hopkinson. Located indoors and outdoors at Footscray Community Arts Centre, CONNECT investigates ideas of re-emergence and considers the way we navigate place, community and public space through contemporary art.

As part of FCAC Summer James Nguyen and Victoria Pham will extend RE:SOUNDING; a collaborative project that aims to locate, record, digitise, and re-engage with the percussive sounds of the Vietnamese Bronze Age Đông Sơn drum. Displayed at FCAC are two reconfigured video works by Nguyen and Pham that include contemporary compositions and an expanded exploration of the personal narratives connected to the instrument.

The artists invite you to RE:SOUNDING PLAY, an interactive digital platform that allows you to play the instrument and learn more about the Đông Sơn drum.

In the second part of CONNECT in May, Nguyen and Pham will invite the community to re-engage in person with the Vietnamese Bronze Age Đông Sơn drum by encouraging participants to play the instrument.

FCAC’s outdoor amphitheatre acts as a scaffold for Rafaella McDonald’s paintings assemblages; an investigation of painting as a site of multi-directional forces that speak to a contemporary moment, where the personal intersects with narrative, language and process. For the second part of the exhibition, the paintings will be buried to absorb some soil toxicity, shifting the PH of the fabric and mordanting the fabric, before being hung in part two of the exhibition, documenting the contributions of the site to the painting composition.

Rafaella, James and Victoria will be joined by Hannah Brontë, Kerrie Poliness, Centre for Projection Art and Nabilah Nordin in the second part of the exhibition, CONNECT: Part Two, in May 2021. 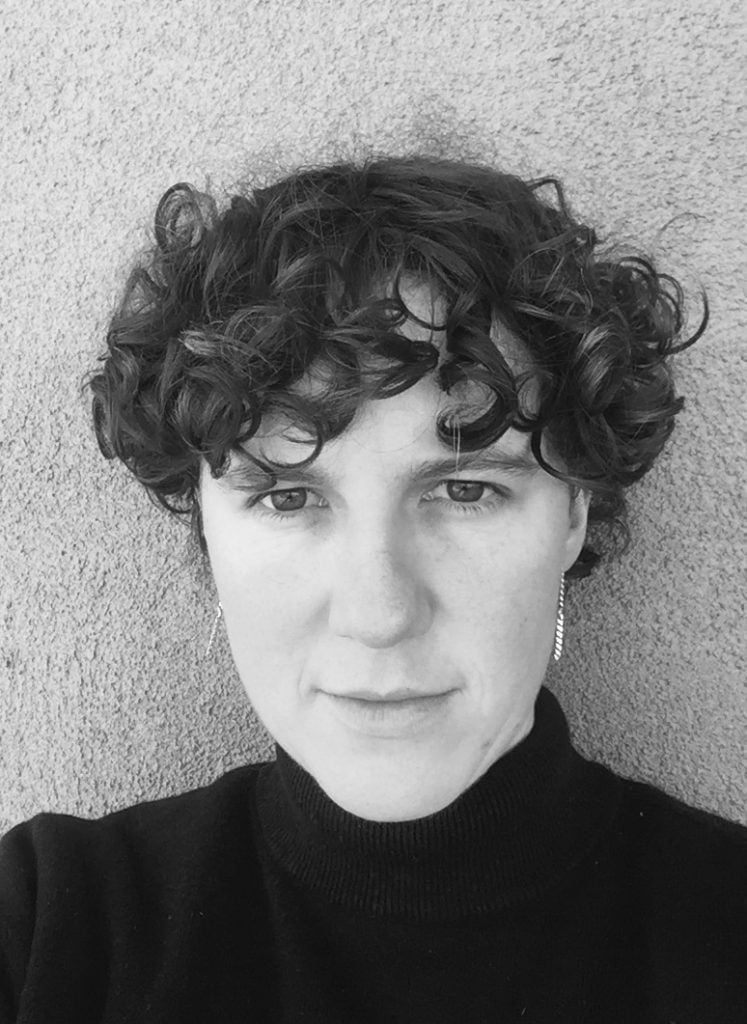 Rafaella McDonald has a painting and sculptural practice, working across gallery settings, public spaces, and clothing. Her practice is concerned with the gestural and playful elements of materials, documenting interactions between materials and the body. Since 2014 Rafaella has exhibited solo and group exhibitions in Melbourne’s not for profit and commercial galleries including Westspace, TCB Inc, Fort Delta and Daine Singer. She has completed several large public art work commissions for The Melbourne Metro Authority, The Substation, City of Stonnington, Shepparton Art Museum and Melbourne Fringe. Her work has been included the biennial Next Wave Festival for emerging artists, acquired by National Gallery of Victoria collection and private collections. In 2017 she was the recipient of the Midsumma Art Prize Award and received a Vic Arts Grant to undertake a month long residency in Los Angeles. Rafaella received First Class Honours at the Victorian College of the Arts (2015) and holds a Bachelor of Creative Arts from Melbourne University (2009). Her textile work has been included in publications such as Hessian Magazine and The Craft Companion (Thames and Hudson). 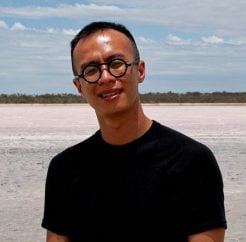 James Nguyen works with short-form documentaries, sculpture and experimental collaborations. Together with friends, colleagues, and family, he creates conversations around epistemic refusal, the diasporic absurd, and collective risk. With a Bachelor of Fine Arts (Honors) from The National Art School, a Master of Fine Art at the Sydney College of Arts (University of Sydney), he is doing a research PhD at the University of NSW. With the support of the Anne & Gordon Samstag Scholarship, he was a Collaborative Fellow at Uniondocs Centre for Contemporary Documentary Arts in New York City.

Most recently, recently he has received support from the Australian Council for the Arts, and ArtsNSW for the BLEED Festival and Dream Sequence with Urban Theatre Projects. 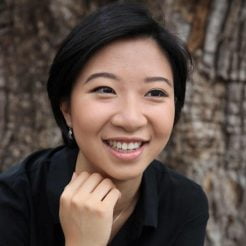 Victoria Pham is an Australian archaeologist, photo-documenter, artist and composer. She is currently undertaking a PhD in Biological Anthropology at the University of Cambridge. She has been commissioned by a number of institutions such as the Art Gallery of New South Wales, Sydney Conservatorium of Music and Maitland Regional Art Gallery.

As an artist and photo-documenter, she has featured in several festivals from VIVID and BLEED. She is the Artistic Director of FABLE (London) and the co-Artistic Director  and co-Founder of experimental music art-sound collective Sonant Bodies (Australia) with composer James Hazel. As an archaeologist, Victoria has fieldwork experience in Australia, Northern Mongolia and Sri Lanka and has just embarked on her first solo fieldwork project in Moià, Catalonia at the Paleolithic site of Coves del Toll as an Olwen Tudor Jones Scholar. Her specialisation is in prehistoric archaeo-acoustics, audio-mapping caves and cognitive evolution. 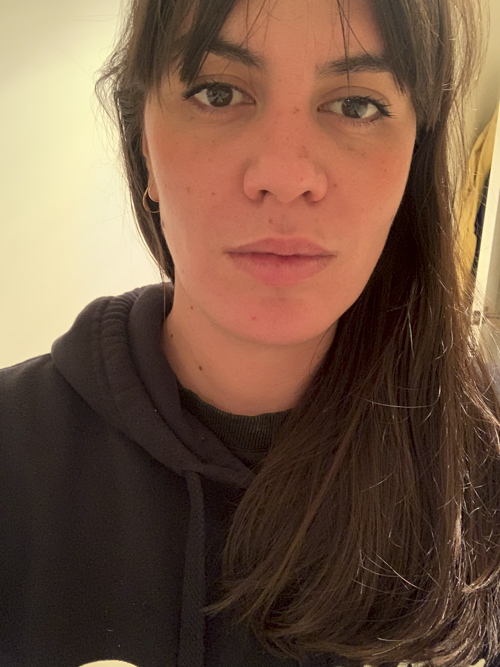 Her practice is an expression of Indigenous Sovereignty and considers ideas around language, access and materiality. Tino Rangatiratanga underpins and grounds her curatorial and artistic practice. Tamsen has extensive experience as a teacher, curator and producer. She has worked across multiple artist run spaces over the last 9 years including West Space, TCB Art Inc. and UN Projects. She currently works as the Curator of Programs at West Space and also as a Teaching Associate in the BFA honours program at Monash University of Art Design and Architecture (MADA).

Presented as part of FCAC Summer.

FCAC is located on the banks of the Maribyrnong River. Find out more our physical site, including accessibility.