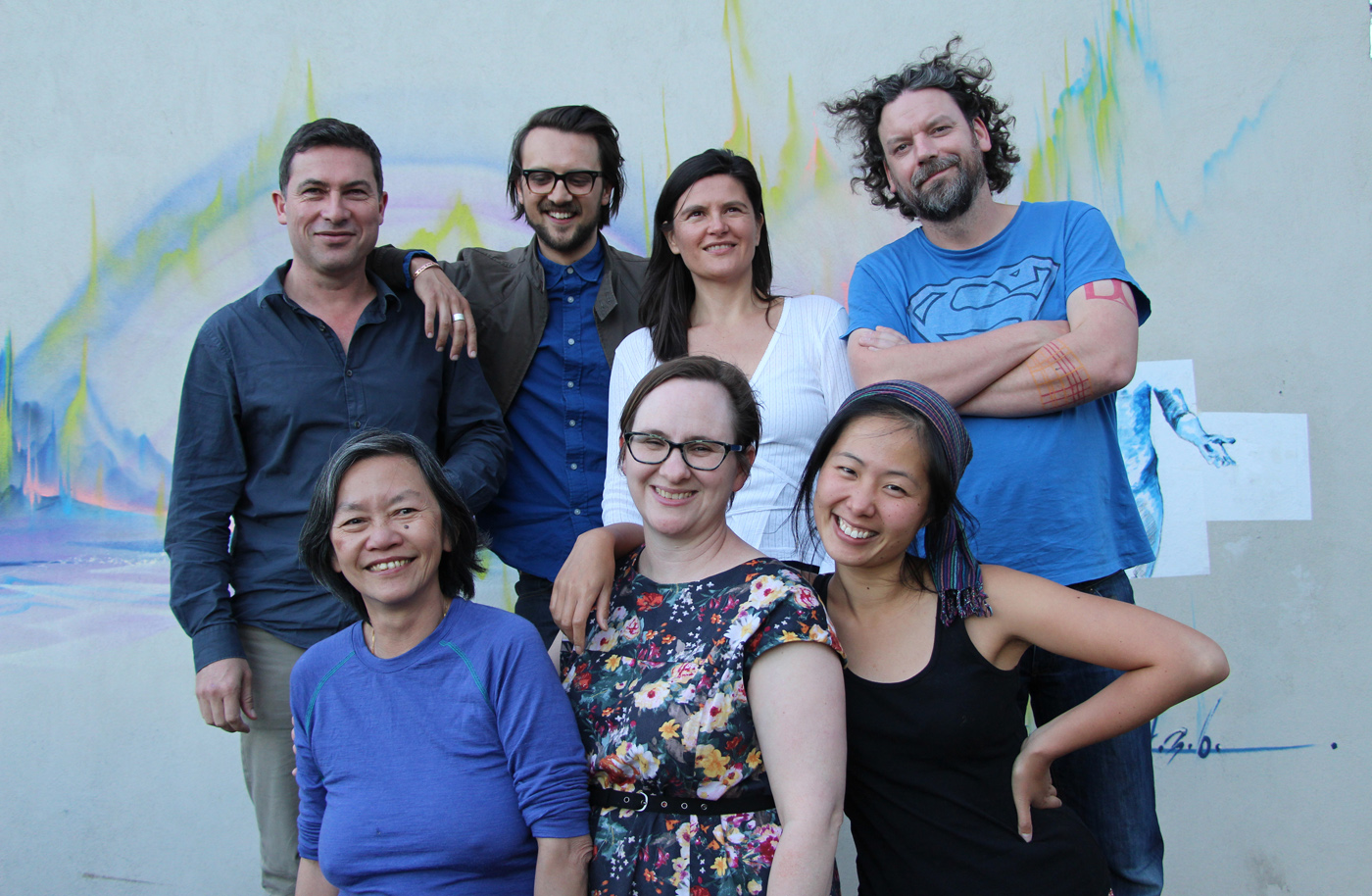 West Writers Group is a collective of writers from diverse backgrounds who currently live, work or have other established links to Melbourne’s west. It is a collective that will amplify the stories and voices of the region.

Imbi Neeme is a recovering blogger and an aspiring novelist. After blogging for many years at ‘Not Drowning, Mothering’, in 2014 she started writing a novel set in West Footscray. Her manuscript, ‘The Hidden Drawer’, made the judge’s commended list for the 2015 Victorian Premier’s Unpublished Manuscript Award and was also selected for the Hachette/QWC Unpublished Manuscript Development programme. When she’s not pretending to be a writer, Imbi pretends to be a mother and/or an arts administrator.

James Robertson-Hirst is a short story writer and performer. His work has been published in Rag and Bone Man Press, Windmills, NScribe and Hive magazine.
Website: jamesrobertsonhirst.wordpress.com
Twitter: @thefictionroom

A Chinese Vietnamese Australian community designer, Jen Tran grew up in Melbourne’s western suburbs of Footscray, St Albans and Sunshine. Following studies of industrial and interior design, she undertook a mentorship with Platform Youth Theatre focusing on set design. In 2012, Jen completed a Graduate Certificate in Arts and Community Engagement at the Centre of Cultural Partnerships, VCA. She has since worked with FCAC as a teaching artist, project facilitator with Big West Festival, designed and built sets for 100 Story Building and the Emerging Writers Festival and works as a project coordinator at Centre for Cultural Partnerships, VCA.

Born in Bosnia & Herzegovina, Ennis Cehic is a writer and digital creative who lives and works in Melbourne. When not creating brands and coming up with advertising ideas for businesses, Ennis writes poetry, fiction and dabbles in essays and opinion. He’s been published in The Age, FourW, Retort Magazine and recently Dialect – an Express Media publication that celebrates emerging writers of migrant backgrounds.
Twitter: @EnnisCehic

Cher Chidzey, a Singaporean migrated to Australia in 1975. She graduated with BSc. from Monash University and MSc. from Melbourne University. Cher taught mathematics, wrote curriculum and conducted workshops for T.A.F.E teachers from 1990 to 2000. She had published three mathematics books. In 1994 she started writing poetry and a memoir: “The House of 99 Closed Doors”, which was self-published in October 2007 and marketed through independent book stores. Her poetry was published in Poetry Monash, Micro Oz Press, Broadseat, Centoria and Deakin Literary Society anthology. Her short stories were published in Deakin Literary Society anthology, University of New England Review and online by Australianreader.com. Her stories were broadcasted on 3CR, Southern FM and Radio Adelaide. She was interviewed by Richard Eady on Radio National on the program Life Matters. Now she is working on a novel, The Quest.

Cher had dabbled with painting abstract pictures in the past.  Now she plays tennis, cycles and swims. She had visited asylum seekers at the Maribyrnong Detention Centre. She was a volunteer tutor at the Carlton Neighbourhood house and now at Fareshare, a non-for-profit organisation providing food for homeless.

Bob Carey-Grieve is a Scottish artist living in Melbourne. He has had articles published in periodicals such as The List (UK), The Age and Sydney Morning Herald, has co-authored two books; “We March Under The Banner Of Visual Art ”, Henry VIII’s Wives (Tramway/Cornerhouse 2002), “The Fruity Trainers and The Hummin Soup” Grieve/Pearson (Something Haptic/Trajectory/CCA 2005), and was recently included in the anthology Offset ’15 (Victoria University 2015). He is currently working on his first novel The Whitlow.

Suzana Jacmenovič is a writer, artist and social worker. She writes in a self-reflective, confessional style on themes of family, migration, and spirituality. Her upbringing as the daughter of Croatian migrants informs her work. Suzana is a columnist for human rights magazine Right Now.