A collaboration between Footscray Community Arts Centre’s Collaborate Asia Program and Asia TOPA, Women, Art & Politics is an international residency for visiting visual and performing artists from South Asia and South East Asia with outcomes to be presented at WOW Melbourne.

Residency artists will explore the intersection of the concepts within the theme Women, Art & Politics, in their local and global contexts and how they impact their practice and communities. 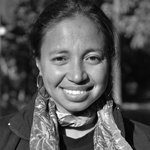 Born in 1983 in Baucau, Timor Leste, Maria Madalena (Lena Caminha) is a well-known performer and writer.  Lena began performing in 2004 with theatre group Bibi Bulak and dance troupe Kuda Talin. Most recently she has collaborated with theatre group TERTIL as both a performer and trainer. Her work has primarily focussed on the areas of politics, education and health. An active feminist, Lena uses her creativity to raise awareness about gender equality and violence against women through theatre, film, workshops and training. In 2012, she represented Timor in the field of art and culture in Brazil. Lena is the national founding member of the women’s theatre group TERTIL aiming to support women in Timor to use the arts to unpack issues facing women in the country.  She was invited to take part in a Women’s Empowerment program in Brisbane, Australia in 2015. Lena is the mother of three children.

Sadaf Saaz is an entrepreneur, feminist, activist and poet. She grew up in the UK, and studied Molecular Cell Biology at the University of Cambridge. She now lives in Dhaka, Bangladesh with her husband, where she promotes South Asian arts and culture, learns Indian Classical Singing, and is a strong advocate for women’s rights. She is co-founder and producer of Hay Festival Dhaka. In 2013, Sadaf published Sari Reams, her debut collection of poetry in which she confronts injustices inflicted on women along with verses of passion and also a deep love for Bangladesh. 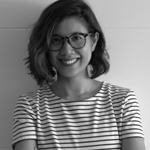 Sanchia Tryphosa Hamidjaja is a visual artist/ illustrator based in Jakarta, Indonesia. She received her Bachelor Degree of Communication Design from Swinburne National Institute of Technology, Melbourne in 2004 and started her short career in advertising as a graphic designer and then later as an art director/illustrator in a motion graphics studio, doing commissioned mural works on the side. After seven years in the advertising industry, Sanchia decided to focus as a visual artist/freelance illustrator. Her work reflects a range of visual creative fields such as comics and cartoons. In 2011 Sanchia had her first solo exhibition The Yin & Yang Dogs at Inkubator Gallery. Since then her works have been exhibited in a number of art galleries throughout the country, including many commissioned mural works in various hotels and restaurants. She currently resides in South Jakarta with her husband and daughter. 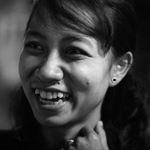 Fitriani Dwi Kurniasih (Fitri DK) is a writer and art worker from Yogyakarta. Fitri is also a visual artist who uses graphic art techniques (such as hardboard cuts and etchings) to critique and dialogue social and environmental issues. Fitri is committed to raising women’s issues through art and music and consistently provides a strong female voice in an extremely patriarchal culture.  Fitri is a member of SURVIVE!Garage community, Taring Padi art collective, Bunga-Bunga Besi (Iron Flowers) women artists group and is a vocalist in the band Dendang Kampungan.

Heather Horrocks is now semi-retired but her activities include being director of an artist-run space, a practicing artist (charcoal, threads, paste-ups, found objects) and, with her husband, proprietor of a small business that often takes her interstate to write, edit, and produce reports and policy documents while gazing at landscapes and interrogating trees.

She has been widely involved in the Footscray community for nearly 20 years. Heather currently chairs the Western Region Health Centre Board, sits on the Arts Advisory Committee for the City of Maribyrnong, and is a founding member of the newly-established Footscray Riverside Action Group. She was formerly a member of Footscray Community Arts Centre Board. Heather studied maths and languages at Monash University in the 1960s. She is approaching the biblical allotted life span of three score years and ten. 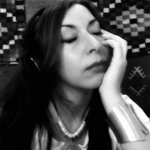