Witness a world-first collaboration between the First Nations People of Canada and Australia with Wrapped in Culture – a powerful reclamation project grounded in community.

Artists and Elders, Northern and Southern, present contemporary versions of the Australian-Aboriginal possum skin cloak and the North American-Aboriginal buffalo robe in this unique cultural exchange. The two distinct, yet similar artistic traditions are historically held for both sacred and practical purposes.

Join us in ceremony with dancer Yaraan Bundle; hear from artists Maree Clarke and Mitch Mahoney; and celebrate with music from Kalyani Mumtaz (DJ) and catering by Charcoal Lane on Friday 13 August.

Stay tuned for related workshops, screenings and talks as part of Wrapped in Culture’s broader offerings.

Find out more about COVID Safety at FCAC. 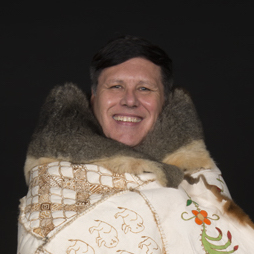 Barry Ace is a practicing visual artist and currently lives in Ottawa. He is a band member of M’Chigeeng First Nation, Manitoulin Island, Ontario. His mixed media paintings and assemblage textile works explore various aspects of cultural continuity and the confluence of the historical and contemporary. His work can be found in collections including the National Gallery of Canada, the Canadian Museum of History, the Ottawa Art Gallery, and the Nordamerika Native Museum in Zurich. 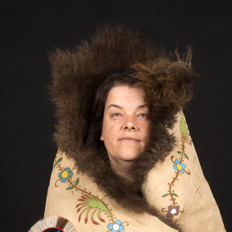 Kerri Clarke is an artist of Boon Wurrung descent in south-eastern Australia. Kerri is skilled in a variety of methods, including sewing and working with animal skins. Like her aunt, Maree Clarke, Kerri is active in the resurgence of traditional Aboriginal Australian artistic methods. She is also a counsellor who works with families in New South Wales. 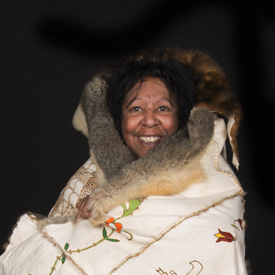 Maree Clarke is well-respected figure of the south-eastern Australian Aboriginal community for her work supporting Aboriginal artists and for her own successful career as a visual artist. In her practice she works to revive elements of Aboriginal culture that were lost in the period of colonisation and use art as a tool to heal. Her exhibition Ritual and Ceremony explored the traditional ceremonies of grief and mourning of her Victorian Aboriginal ancestors. It originates from Clarke’s fascination with the Kopi, a mourning cap made out of gypsum that was worn when a loved one or significant clan member passed away. 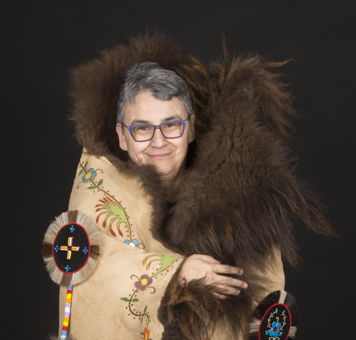 Rosalie Favell is a photo-based artist, born in Winnipeg, Manitoba. Drawing inspiration from her family history and Métis (Cree/English) heritage, she uses a variety of sources, from family albums to popular culture, to present a complex self-portrait of her experiences as a contemporary aboriginal woman. Her work has appeared internationally in various group and solo exhibitions, and her work can be found in the collections of the National Museum of the American Indian (Washington, D.C.), Canadian Museum of Contemporary Photography and the National Gallery of Canada. 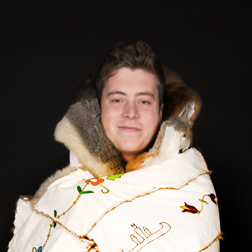 Mitch Mahoney is an emerging artist and a descendant of the Boon Wurrung and Barkindji peoples of south-eastern Australia. He has been actively involved in the revival of Aboriginal possum-skin cloaks throughout southern Australia. Along with his Aunt Maree Clarke, Mitch facilitated several state-wide workshops to bring traditional Aboriginal art forms to communities across Australia. In 2015 he was awarded with the National Gallery of Australia’s prestigious National Summer Art Scholarship. 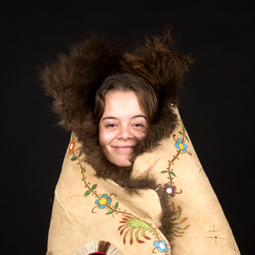 Molly Mahoney is an emerging artist and a descendant of the Boon Wurrung and Barkindji peoples of south-eastern Australia. Coming from an artistic family, Molly works with traditional methods and materials such as sewing and working with possum, kangaroo hide, and emu feathers, exploring the blending of the ancestral with the contemporary. Molly is currently completing her secondary studies.

Wade Mahoney is a descendant of the Barkindji people of the Darling River country in Western New South Wales, Australia. As an artist, he works in traditional methods including wood carving and working with skins. Wade is also the coordinator of a community services program that works with Aboriginal children, young people, families and communities. In his work as an artist and counsellor, Wade is dedicated to the maintenance of Aboriginal culture and cultural practices. 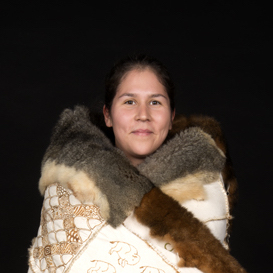 Meryl McMaster is a Canadian artist based in Ottawa. Her photography practice incorporates props, sculptural garments and performance to transport the viewer out of the ordinary and into a space of contemplation and introspection. McMaster is the recipient of the Eiteljorg Contemporary Art Fellowship, the OCAD U Medal and was long listed for the 2016 Sobey Art Award. Her work has been acquired by the Canadian Museum of History, the Art Gallery of Ontario, the Canada Council Art Bank, the Eiteljorg Museum, the National Museum of the American Indian, the Ottawa Art Gallery, among others. 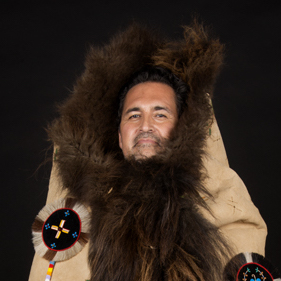 Adrian Stimson is a member of the Siksika (Blackfoot) Nation. He has a BFA with distinction from the Alberta College of Art and Design and MFA from the University of Saskatchewan. He considers himself as an interdisciplinary artist; he exhibits nationally and internationally. Working through painting, performance and installation, Stimson explores imagined landscapes, identity construction (specifically the hybridization of the Indian, the cowboy, the shaman and Two Spirit being. Buffalo Boy and The Shaman Exterminator are two reoccurring personas.) He is a recipient of the 2018 Governor General’s Awards in Visual and Media Arts. 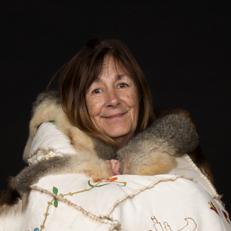 Vicki West is an Aboriginal Tasmanian artist, and has worked extensively as an advisor on Aboriginal arts and culture for various Australian institutions. She also has experience in public arts programming and working with children. Her textile, sculptural and installation work has appeared in several solo and group exhibitions across Australia, where she is renowned for her work with kelp, a traditional material used in Tasmania. West received her MFA from the University of Tasmania.

This project was made possible through the Canada Council for the Arts New Chapter. The international and national tour was supported by the Canada Council for the Arts programs, Arts Abroad and Arts Across Canada, as well as the Ontario Arts Council’s Ontario Touring Projects. Creative Victoria, COVID-19 Aboriginal Community Response and Recovery Fund.