The program takes its name from the BoonWurrung phrase ‘wooden vessels holding water’, meaning an invitation to share food, sit around and tell stories.

Tarnuk–ut baany ensures the next generation of Aboriginal and Torres Strait Islander artists are guided by the knowledge and experience of Elders and leaders. Over 2021 and 2022 successful applicants will participate in a range of skills development, mentoring and training experiences from leading Indigenous and non-Indigenous artists, producers and creatives.

Dylan Singh is a proud Wiradjuri man hailing from Albury/Wodonga, NSW. Dylan’s passion for performance comes from two different schools of art and culture that are as he describes as strange cousins. His father a traditional dancer and yidaki player with a group called Bubbu Yella travelled across the country learning new dances and songs from mobs all over. His mother was one of the first members at the circus school in Albury called the Flying Fruit Fly circus. 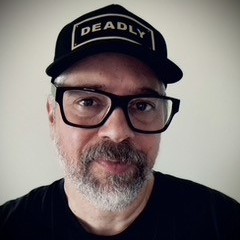 Simon is passionate about Indigenous story and is currently the director of Indigenous media production services: the Great Aboriginal People.

Tarryn Love is a proud Gunditjmara Keerray Woorroong woman from south-west Victoria and raised on Wadawurrung Country. Alongside her sister, Tarryn creates artwork under Koorroyarr Arts to encompass the significant role of family in her practice and being a Gunditjmara woman continually learning and seeking knowledge of culture, while using art to channel this connection.

‘Koorroyarr’ means ‘granddaughter’ in Tarryn’s mother tongue Keerray Woorroong, to signify the presence and impact that her grandfather Ivan Couzens had on her passion for celebrating her identity. Tarryn’s body of work reflects the passing down of knowledge and with a variety of mediums and centring of language she works to revive, reinvigorate and celebrate the distinctiveness of Gunditjmara culture.

Tiffany Ward is proud Yorta Yorta woman from Albury/Wodonga which is on the border of NSW and VIC. She currently works as an assistant producer at HotHouse Theatre coming to the end of a 12-month traineeship, completing CERT III in Business. She’s had a passion for Theatre since she was 15 years old when she began acting in a local indigenous theatre ensemble and have since become passionate in producing local theatre. Tiffany has had the pleasure of working with some great Indigenous creatives over the years such as Kamarra Bell-Wykes and Elaine Crombie. Theatre is something  she is very passionate about and will continue to build her skills in, in the years to come. 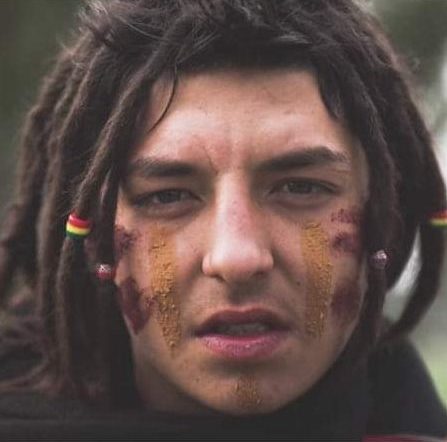 Tybias Seff Hovington is a First Nations Wibar (man) from the south east of Trowunna (Tasmania). His Tribe is Salt Water mob who’s name is the Paredarerme.

Tybias has always enjoyed being outdoors in nature. He spent most of my childhood observing insects and animals which has played a massive part in who he is today. Tybias wants to combine his passion for creativity with his love for the natural world, and believes making sustainable art is the best possible way to do so.