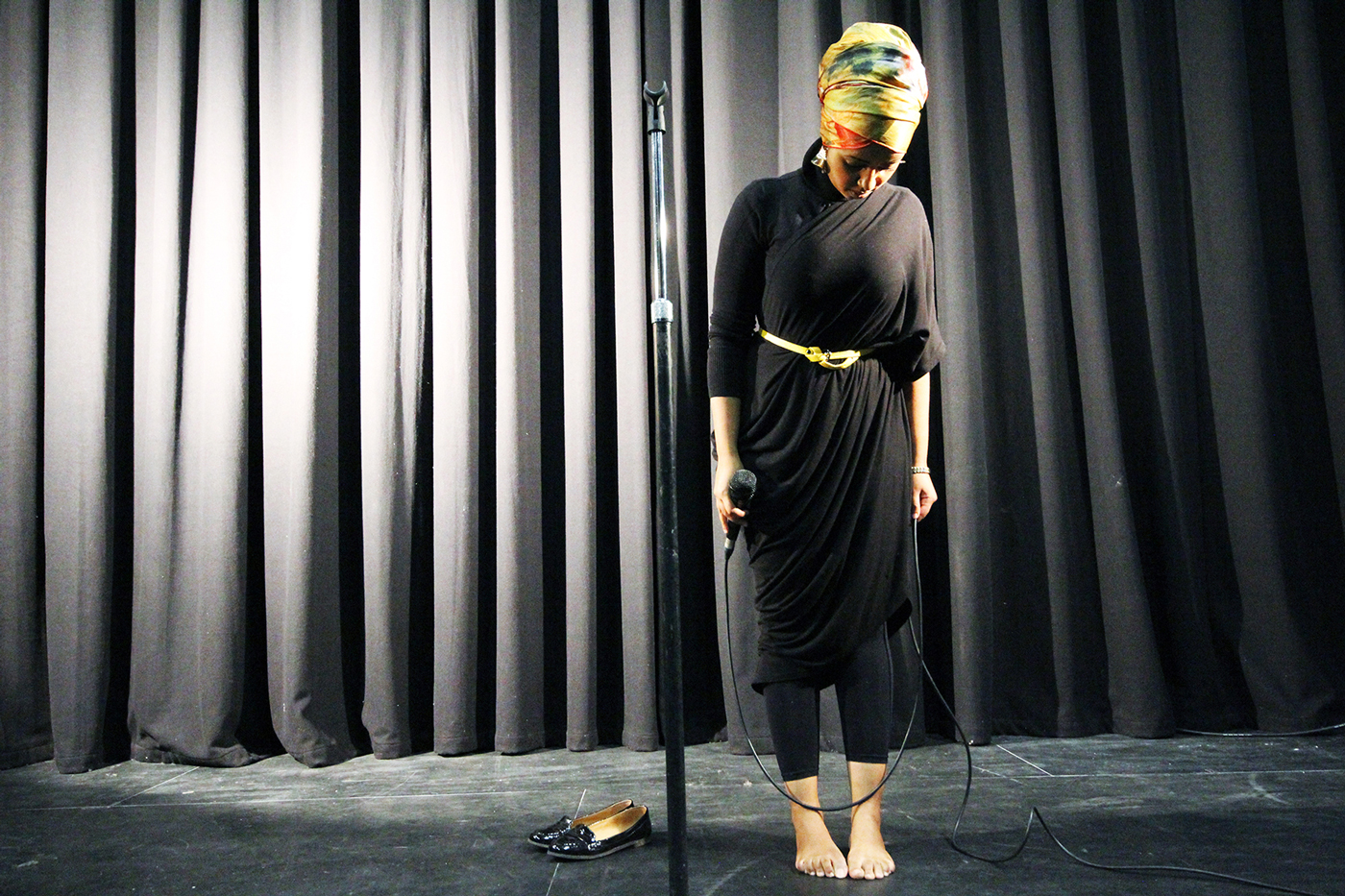 “As an artist from a culturally diverse background I believe that sharing my practice and learning from local artists outside my immediate context is extremely important. Investigating the formation of identity through social, political and personal narratives is key for my creative practice as such the FCACheartsJogja program was very beneficial for me.

Through FCACheartsJogja I was able to travel to Indonesia for the first time. Though had been invited on international residencies prior to this opportunity it was my first time visiting Indonesia. As a storyteller it is important for my practice to expose myself to meaningful engagements regularly. Attempting to understand the human condition at the most fundamental level across borders, cultures and languages better informs my creative practice. FCACheartsJogja facilitated an engagement with a group of people and a place I had not previously experienced.”


Alia Gabres is a Melbourne based Poet and Storyteller. As Creative Producer in Arts Programming at the Footscray Arts Centre and also Undertaking Victorian College of the Arts Masters research, her main interest is in using arts practice as a site for knowledge generation and cultural transmission. She was part of the Global Poetics Tour 2011 with New York slam champions Mohagany Brown and others. The following year she featured as part of the Please Resist Me tour with National Slam Champion Luka Lesson and acclaimed Poet Joel Mckerrow.

Alia was curator of the Spoken Word explorations series ‘Tell it like it is’ throughout 2011 and recently co-produced the sell out One Night Stanza Poetry evening with Sydney Writers Festival US guest Poets Anis Mojgani and Ken Arkind. She was the City Libraries 2012 Poet in Residence and speaker at the 2012 Youth Week closing ceremony at the Wheeler Centre.

Alia was also recently Teaching Artist in Residence with Minor Disturbance Youth Slam team in Denver Colorado and produced an intergenerational narrative development project in California entitled “Our Parents were Children Once” with acclaimed poet and academic Mark Gonzales.

She is currently recording her debut poetry and sounds album which is due for release in 2015.