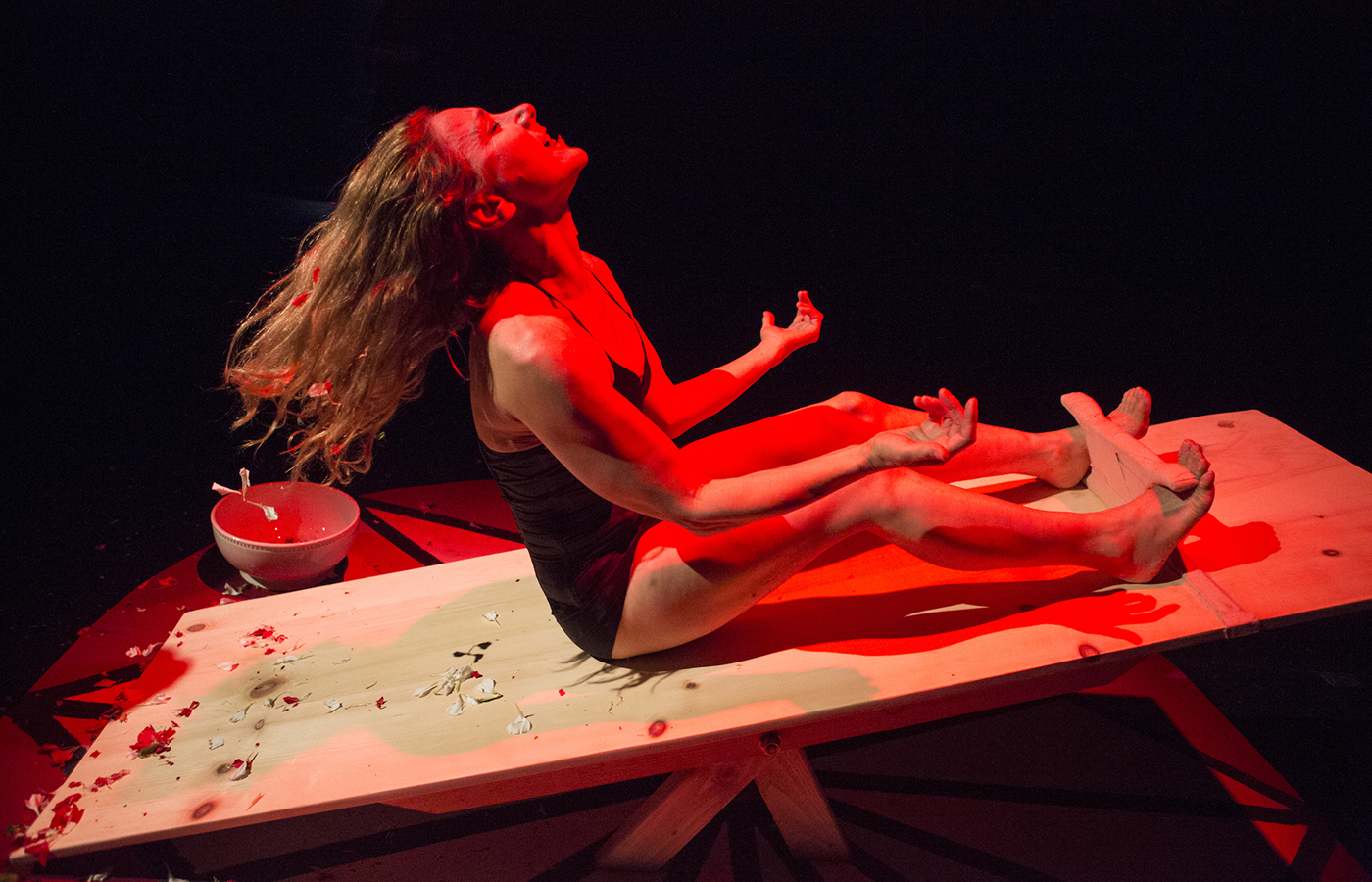 Deborah Leiser-Moore is a critically acclaimed performance maker/director whose bold, highly visual and physical works use multiple theatrical languages to investigate culture and memory. Her recent work, KaBooM: Stories From Distant Frontlines is a performance/ installation about war and memory for which she interviewed ex-soldiers from global conflicts. In 2014 she performed the work at fortyfivedownstairs and in 2015 at the Alice Desert Festival (Alice Springs), where it was performed in an aircraft hangar (utilizing the planes). Time Out Melbourne described the work as: “deeply attuned to the ripple effects of warfare that still disturb and haunt the Australian psyche”

In 2015 Deborah directed and performed in The Dead Twin by Chi Vu, which she staged as a visceral promenade performance – with audiences arriving by boat – in and around Footscray Community Arts Centre as part of FLIGHT Festival of New Works (partnership with Theatre Works and VCA). Theatre People wrote of the work: “visually stunning, using space and bold lighting as a new language to speak of grief and horror. Leiser-Moore has artfully combined these elements into a tightly wound thread, which draws you into this unsettling world.”

In 2014 Deborah was invited to New York to collaborate with and perform in iconic director and father of avant-garde theatre, Richard Schechner’s new performance work, Imagining O presented at Peak Performance Festival. In 2015 she returned to NYC to work with Melissa Riker and her Kinesis Dance Theatre Company in a development of a new site-specific work, In Persistence of Memory.

In 2013 she performed her solo show Cordelia, Mein Kind (which has toured extensively) at Festiwal Szekspiroski, Gdansk, Poland. She then travelled to Cambodia to present her work at Romeet Gallery, Phnom Penh. Other works include a room with no air (with Regina Heilmann), HUNGRY and The Cool Room. Deborah studied in Japan with Tadashi Suzuki, trained in the work of Ettiene Decroux, taught in many universities, presented her work at conferences and been the recipient of a number of grants.