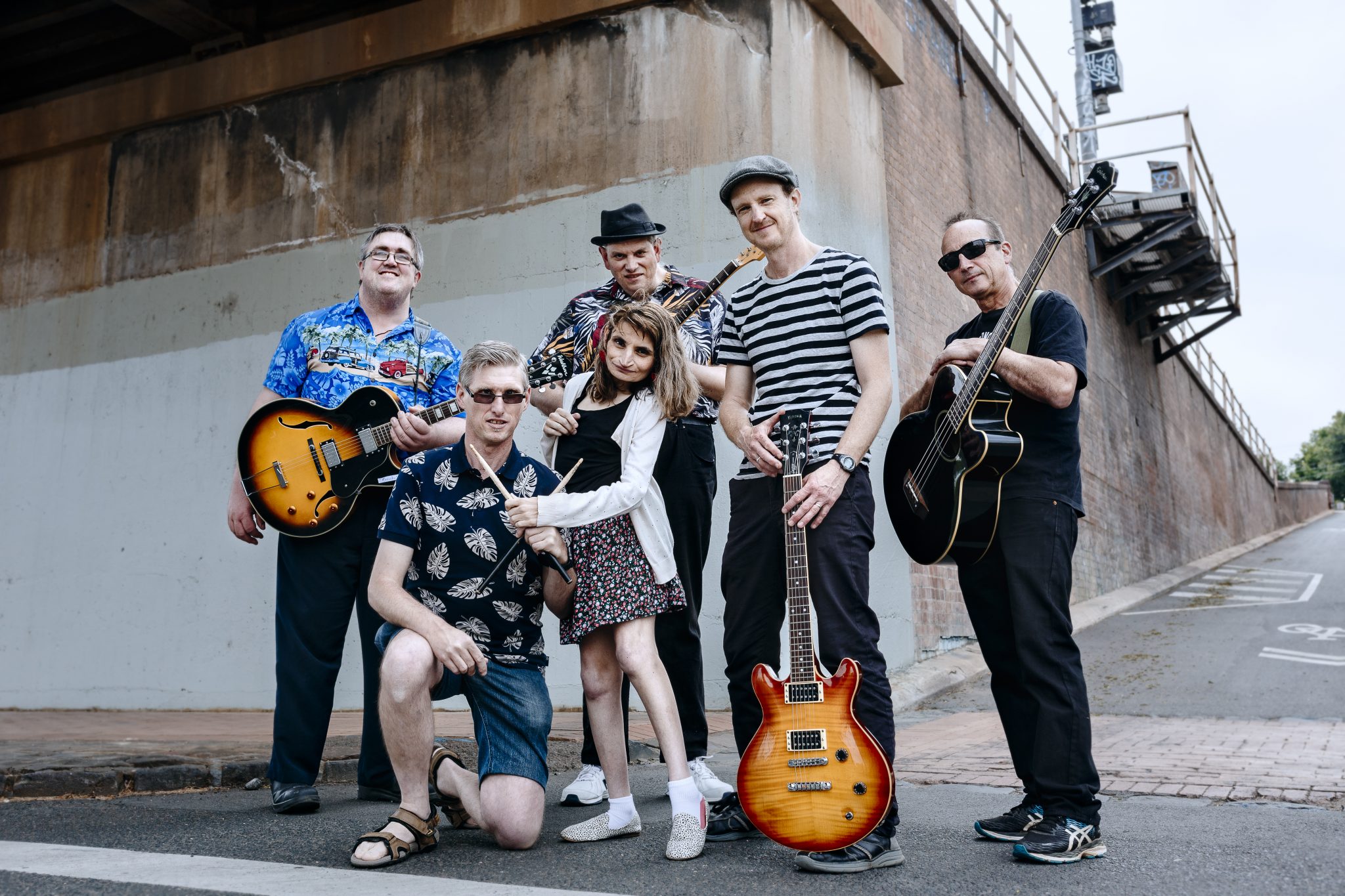 From Westside Melbourne, The Hackkets are a band made up of members with and without disability and are part of the Footscray Community Arts ArtLife program. The Hackkets originally focused on covers, immersing themselves in universal classic hits that win over even the most hardened in-car sing-along scrooge. Since 2011, they have channelled their love of such classics into their own songs.

Singers Stuart Flenley (guitar/vox), Peter Tolhurst (guitar/vox) and Victoria Cini (keys/vox), bring three distinctly different approaches to the songs they co-write in the band. Stuart merges his twin heroes Elvis Presley and Frank Sinatra with a sense of humour that invariably breaks through, while Victoria has crafted her own Rock Chick persona through which she projects a rebel without a cause for the smart-phone generation. Rounding out the band is drummer Andrew Paganella who has been keeping the band in time since 1999. Of the drums, Andrew says, ‘I chose drums because I want to get somewhere to make the crowd jump out. Once I switched to drums I stayed.’ The Hackkets is facilitated by Melbourne-based musician, Joe Vella and singer/songwriter Tim Reid.

Gigging for over two-decades, The Hackkets have performed extensively throughout Melbourne and beyond including at Adelaide Fringe Festival, Seddon Festival, Maribyrnong Inclusive Recognition Awards (MIRA), Murrindindi Festival and more.

Keep up to date with The Hackkets on Facebook, Bandcamp and Spotify.