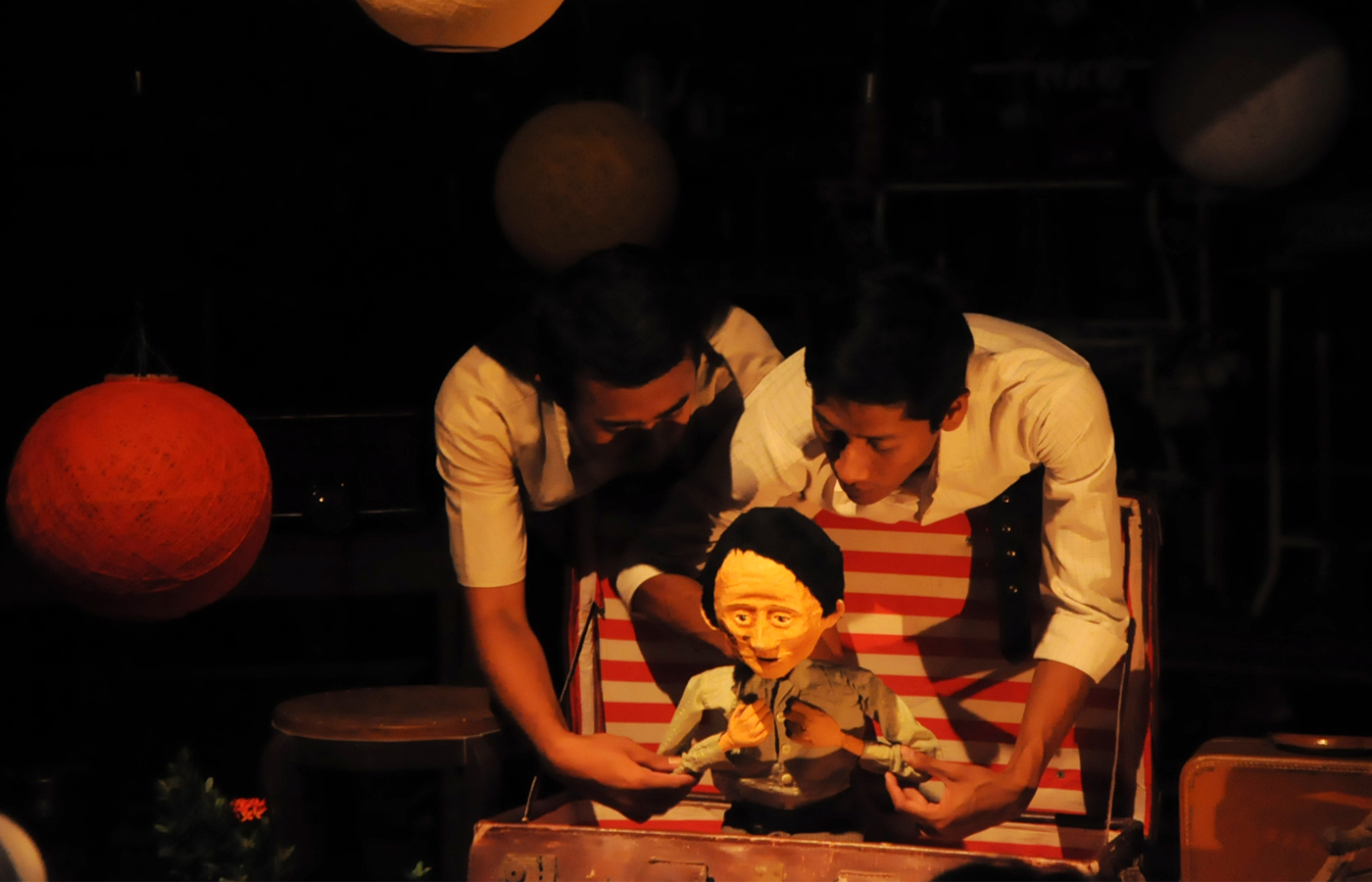 Papermoon Puppet Theatre was founded as a brainchild of Maria Tri Sulistyani (an illustrator, writer and a former theatre performer) and Iwan Effendi (a visual artist). Since 2006, the couple has experimented with the art of puppetry. Based in Yogyakarta, Indonesia, a country with world-renowned puppetry traditions, the young, expert artists of Papermoon are extending the form with their mixed-media productions, and creating works that imaginatively explore identity and society.

Wulang was born and raised in Yogyakarta, he studied graphic design in Indonesian Institute of Art and been involved with Papermoon Puppet Theatre since 2011. He is a puppeteer, doing animation, and a freelance illustrator and designer.

Having learnt learn puppetry theatre in early 2011, Wulang’s the youngest member of Papermoon Puppet Theatre a contemporary puppet theatre that expand and explore the possibilities of puppet theatre with various medium from wood to fabric or paper. Wulang has been involved in many of Papermoon Puppet Theatre performances such as Mwathirika, A Cup of Coffee from Playa, Men of the Sea, and also Letters to the Sky. Wulang develops his background in graphic design and visual art applied in Papermoon performances, such doing drawing for video projection in the part of the Mwathirika performance. Not only that, he also play as puppeteer.